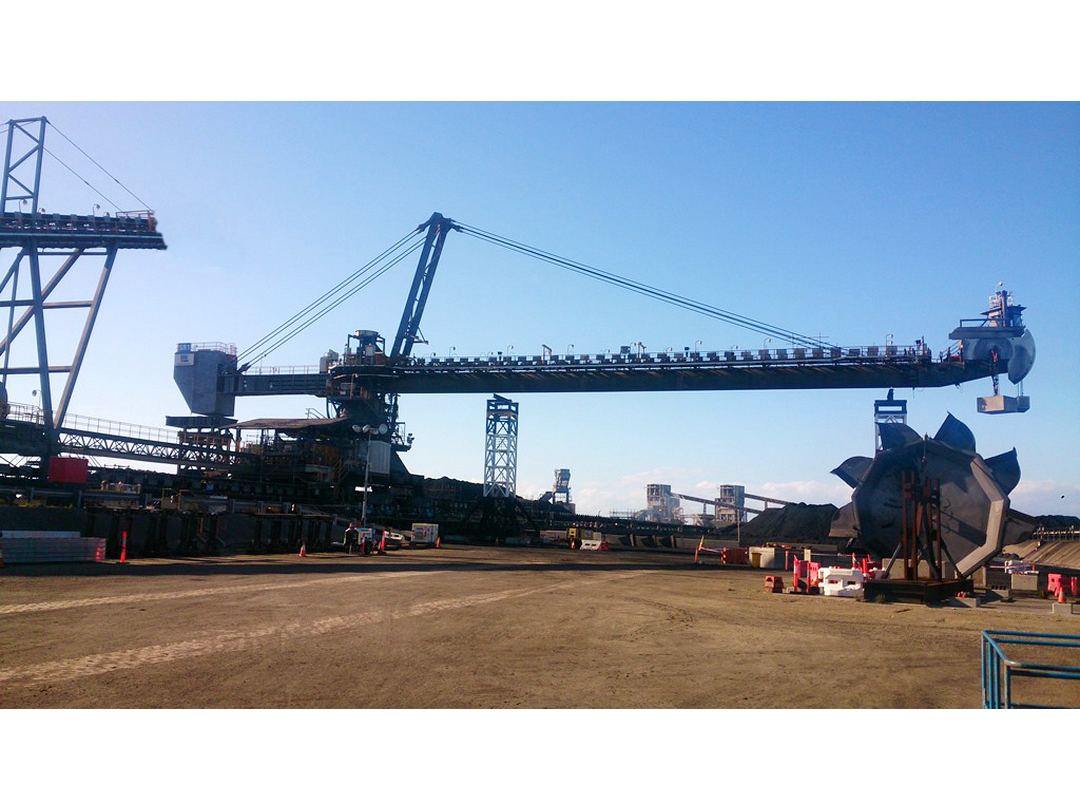 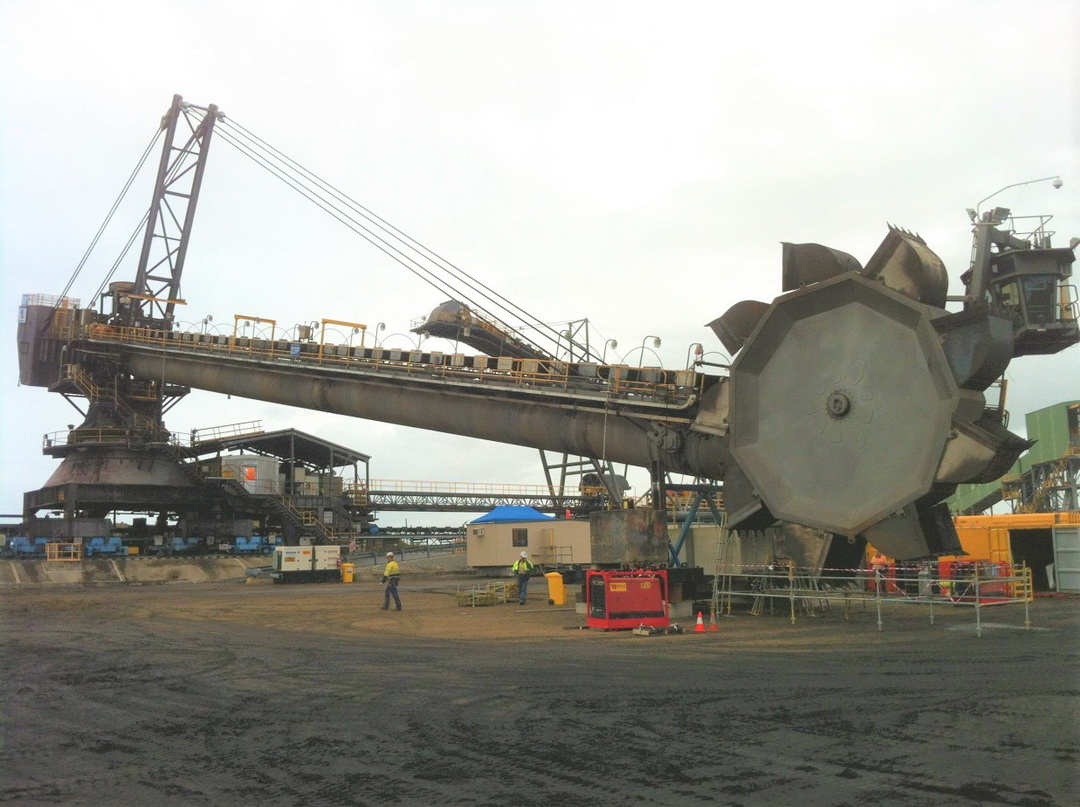 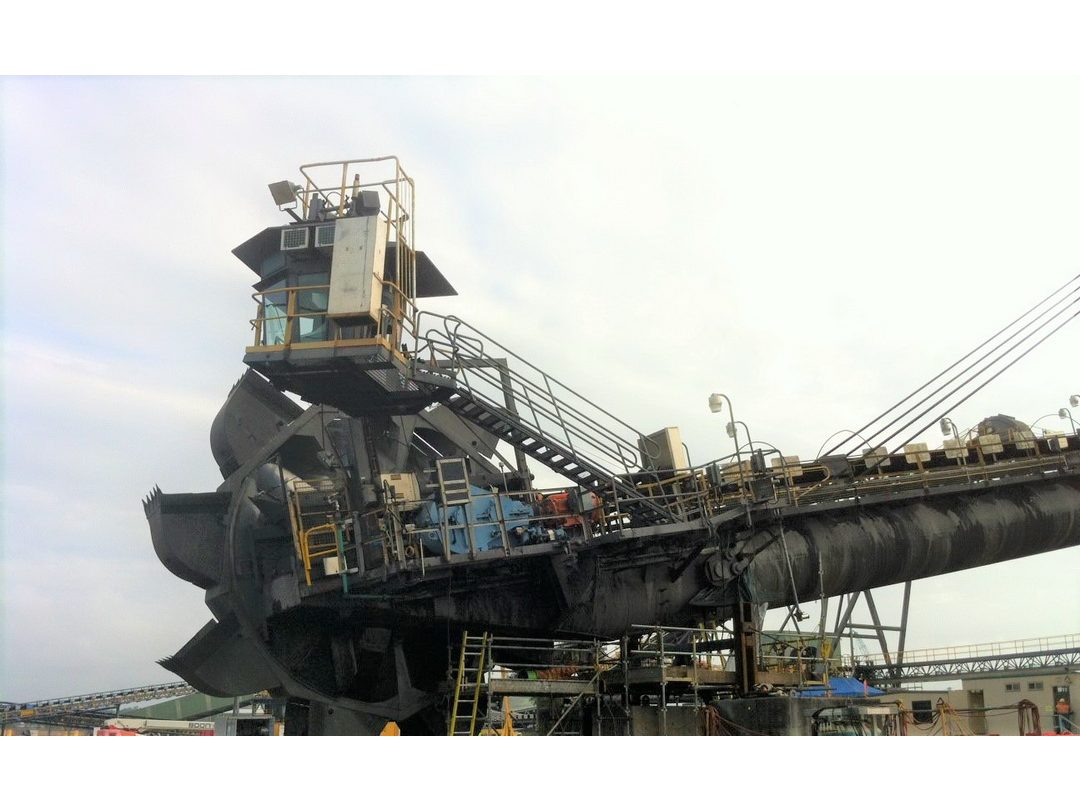 When the existing stacker-reclaimer stockyard machines (SR1 and SR2) at the Hay Point coal terminal started to approach the end of their life, BMA commenced the process of replacing them. With an anticipated lead time of two years for the new equipment to be manufactured and shipped to Australia, the machines needed work to be kept operational until the replacements arrived.

Walz Group was contracted to dismantle both stacker-reclaimers down to the fixed cone to undertake structural integrity repairs. This would extend the life of both machines for the interim lead time of their replacements. The works involved removal of mast, pendants, bucket wheel boom, counterweight arm, counterweight box and slew cone.

The machines were then rebuilt with new slew cone, new counterweight assembly and refurbished bucket wheel boom. Both machines were jacked up to clear the rails to remove all bogies, which had to be refurbished and machined to suit the new rail profile.

Our fabrication workshop and protective coatings workshops Gladstone were instrumental in the repair and refurbishment of existing componentry.

SOME OF OUR CLIENTS